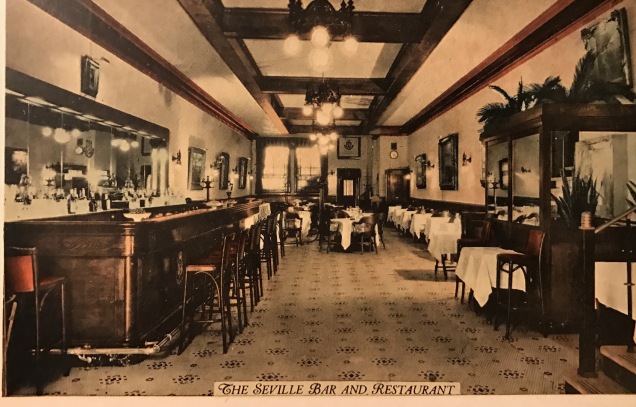 “During the last ten years Madison Avenue has undergone a very great change. It was formerly one of the fashionable districts for residence purposes, second only to Fifth Avenue in its desirability, especially in the section south of Forty-second Street. With the rapid improvement of Fourth Avenue and also the development of Fifth Avenue, a number of the owners of Madison Avenue properties realized that it could be improved to advantage with high-class commercial structures.”

This was the lead from a June 1, 1913, New York Times article that bore the headline, “Rapid change from a social centre to a section of small, high-class shops.”

The article went on to quote Lawrence B. Elliman of the firm Pease & Elliman, who said “In the section between Twenty-third and Thirty-fourth Streets, the private character of the section has practically disappeared and there are only a very few of the old residents still occupying their homes in this district.”

While it may be difficult to imagine a Madison Avenue of private homes and estates, such was the character of the neighborhood at the turn of the 20th Century. Among the first buildings to herald a change to a more commercial character was the Hotel Seville. Completed in 1904 at Madison and 29th Street, the hotel still stands there today, though it was renamed the Carlton in 1987.  END_OF_DOCUMENT_TOKEN_TO_BE_REPLACED